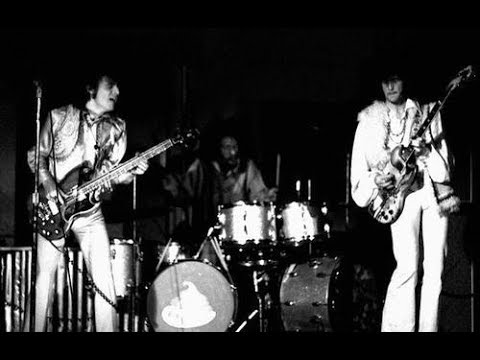 The Cream who had the sedate Dome erupting as never before. This was surely Eric Clapton’s finest hour. His wild guitar solos were incredible. His aggressive, pungent style puts him way out in front of all his imitators in the Blues guitar field. Clapton really shone on howling Wolfs blues “Spoonful” while Bassist Jack Bruce’s harmonica solo “tossing and tumbling” received just acclaim.

Drummer Ginger Baker brought the house down with his 10-minute solo, The Toad. It’s a rare ability to hold the attention of an audience completely after the first few minutes of a drum solo, but Baker did it and proved beyond a doubt that he deserves his title of the country’s top group drummer.

The Cream making their first appearance in Brighton would have pleased everyone by continuing the rave-up all night.